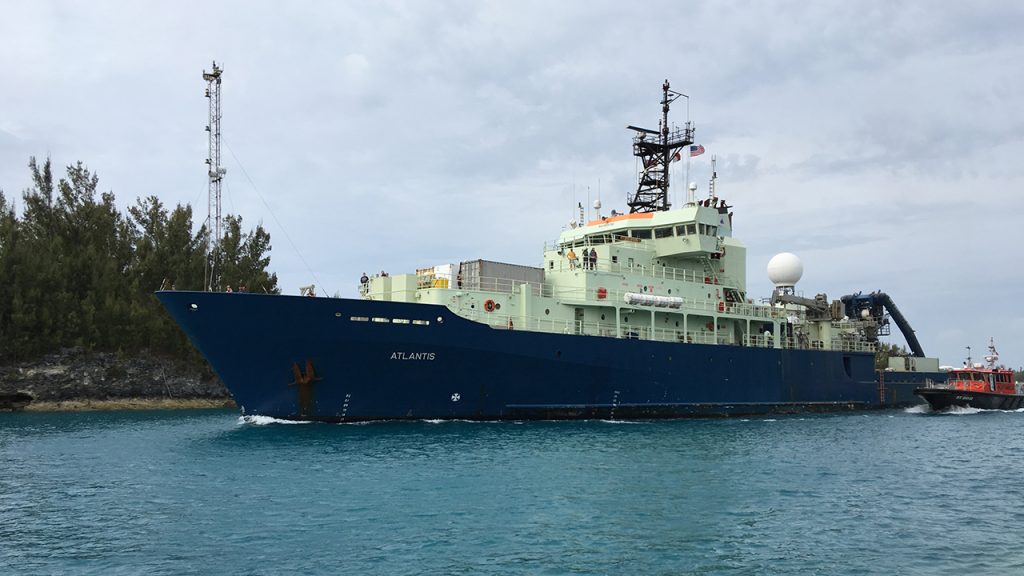 I am the least qualified person to write on behalf of the Popping Rocks team because I’m not on the ship and I’m not a part of the science team.

I was, however, on the expedition before theirs and I saw Atlantis off at the pier in Bermuda this morning. I will also be helping them run their blog from shore during the trip, so that gives me some reason to contribute.

First, a little background. I was on Atlantis when the ship left Woods Hole in April. Mark Kurz, the chief scientist on Popping Rocks, was there to watch us leave, partly because he wanted to make sure all the gear he and his team had stowed made it safely to sea and partly because it’s tradition to see a ship off when it leaves on an expedition. You can see some of the photos he took below.

The trip I was on had nothing to do with geology or with the popping rocks Mark and the others hope to collect, but we had job to do that would help ensure their expedition would be successful. We were there to test the submersible Alvin after a 10-month hiatus in dives, and the autonomous underwater vehicle Sentry after it got a new brain.

Fortunately, everything went well. Alvin made it to its maximum depth of 4,500 meters (2.8 miles) and the team that handles launch, piloting, recovery, and maintenance was quickly back into its usual rhythm. Sentry, too, found its footing early and is ready to begin producing detailed maps of the seafloor where popping rocks are likely to be found and where Alvin will be diving.

All of that took a little over 10 days. We arrived in Bermuda on May 8 and the Popping Rocks team began arriving the next day as some of us began moving off the ship. It’s the way things work on a research vessel like Atlantis—one team takes over the lab spaces on board and makes it home, only to be replaced by another team in another port who move in and turn the ship into a completely different animal fine-tuned for scientific research or engineering tests of a completely different nature. Now Atlantis is theirs. 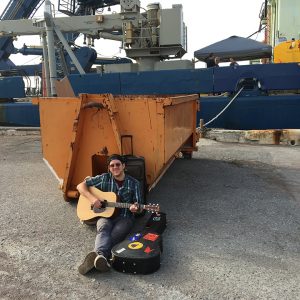 This morning, I woke to the mandatory test of the ship’s horn echoing up from the wharf. I packed my cameras and hopped on my rented bike for the short coast down the hill. I found Kenny, the outgoing third mate, strumming his guitar and waiting to see his shipmates off just as Mark and a small crowd saw us off from Woods Hole. A couple of the Alvin Team who are not making the trip lingered on board until the last minute.

Then it was time. The crew hoisted the gangplank, a couple of Bermudan dockhands slipped the ship’s lines, and Atlantis edged away from dock. I raced the ship out to Town Cut, the surprisingly narrow approach to St. George’s Harbor, to grab one last photo of the ship passing through and to wave a final farewell. Six days from now, they’ll be on-station and beginning their hunt for popping rocks that hold the clues to Earth’s deep interior.

Until then, I know they’ll be settling in, getting used to the rhythms of shipboard life, and learning more about their new shipmates. I’ll be here to help them out, but the story is theirs to tell. But through their words and images, you get to ride along, too. 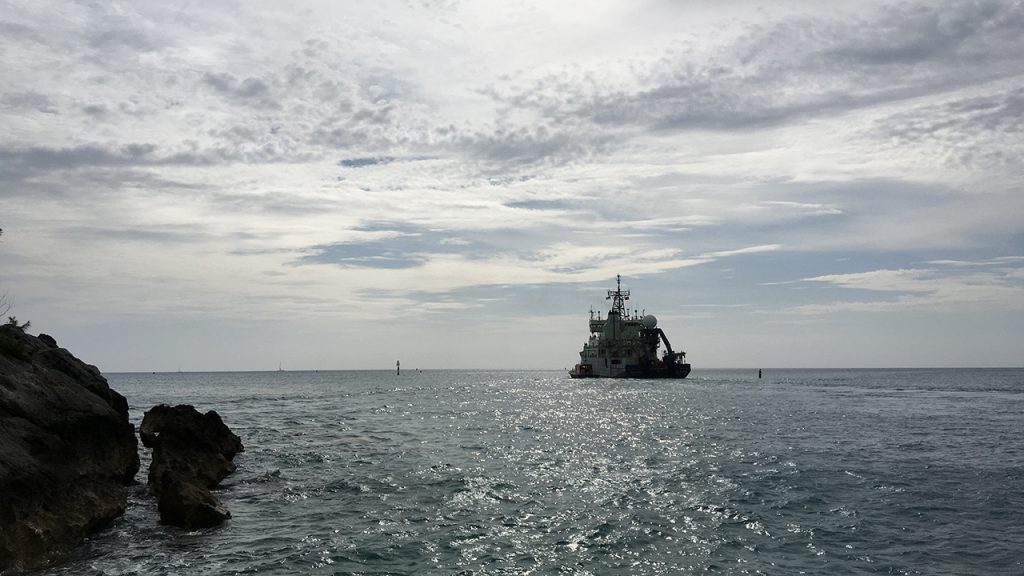