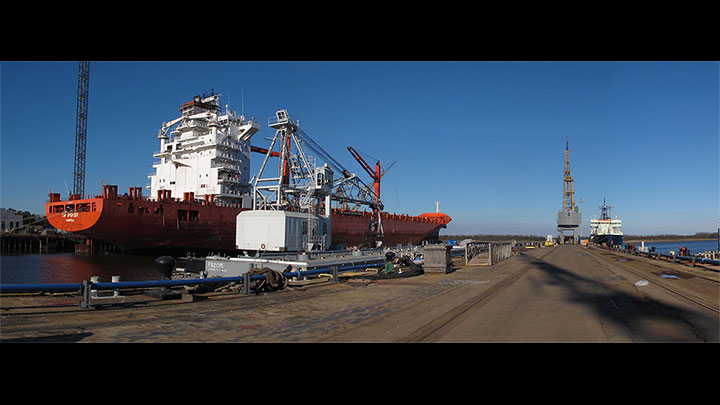 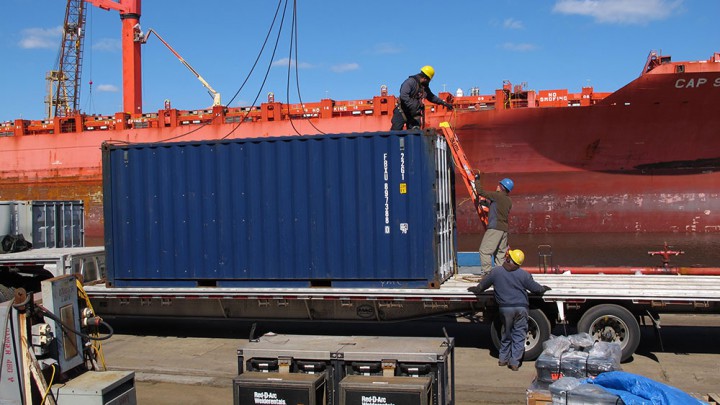 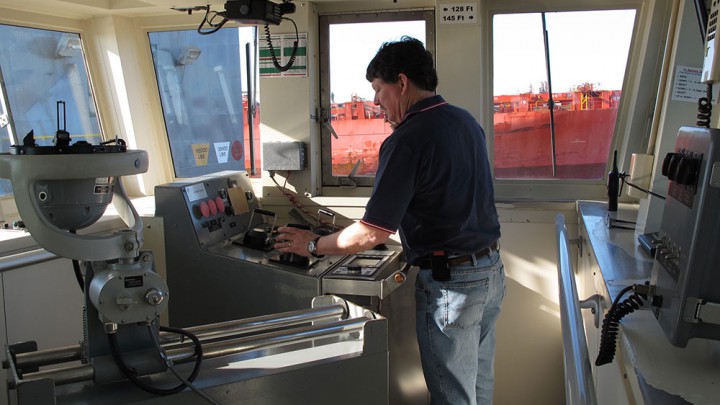 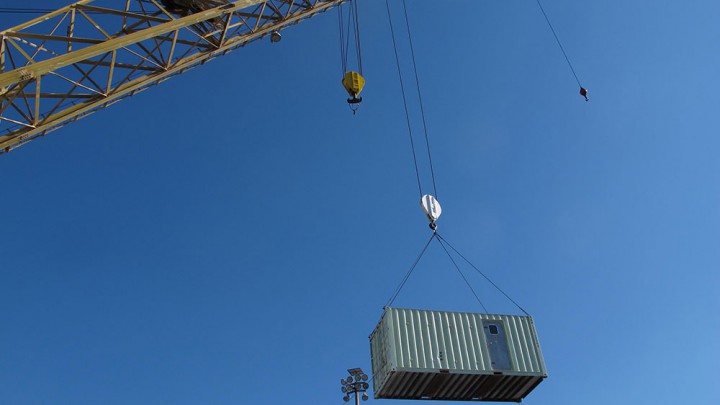 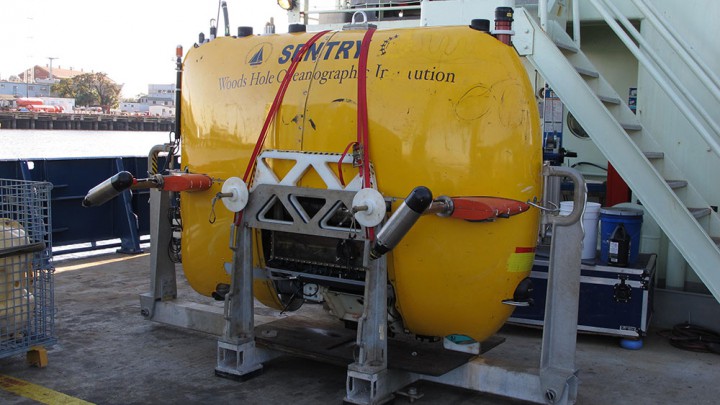 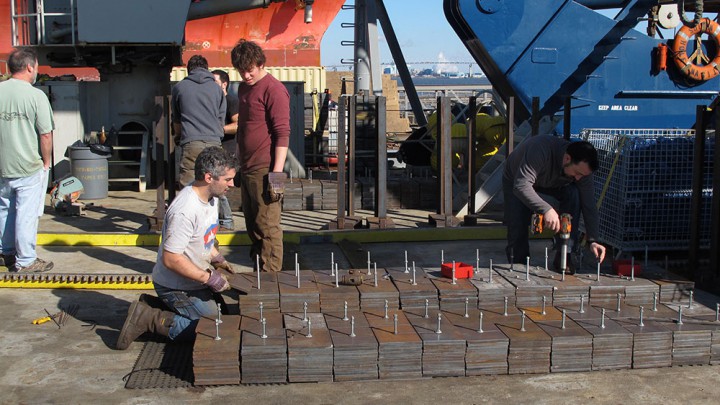 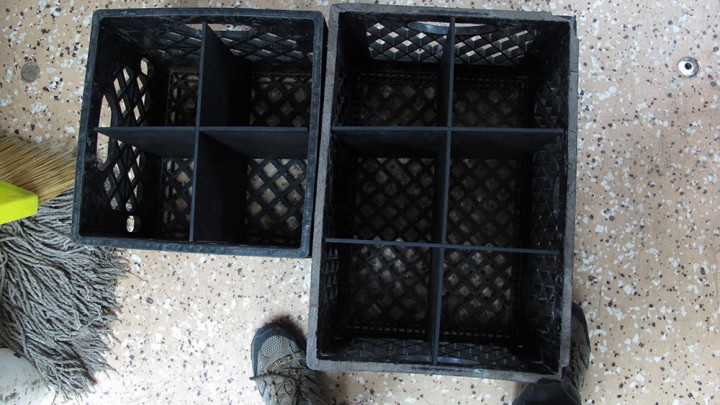 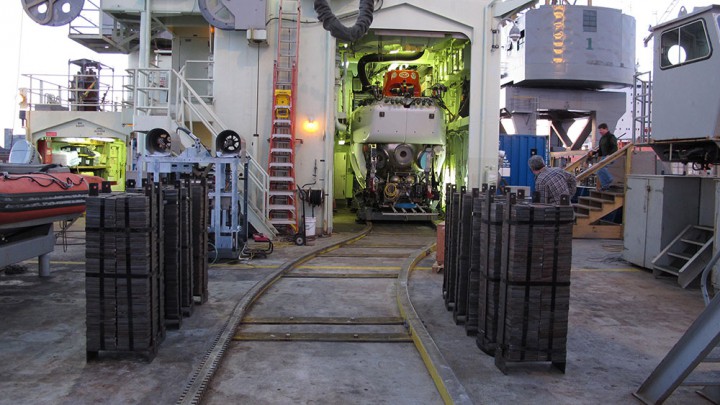 R/V Atlantis seems big when you're on board, but that perception changes when it's next to the 250-meter cargo ship Cap Spence.
WHOI senior scientist and member of Popping Rocks' science crew Dan Fornari (blue hardhat) helps rig a van for loading.
Atlantis master A.D. Colburn oversees loading from the starboard bridge wing.
The Sentry van takes wing.
Sentry, fresh from a recent overhaul sits in its cradle, ready to go.
Members of the Alvin Team prepare stacks of descent weights for the sub.
Sometimes science relies on the darndest things--milk crates secured to the front of Alvin, for example, make excellent sample baskets.
Alvin, and its descent weights, ready to go.

Popping Rocks actually began nearly two weeks ago in Charleston, S.C. Members of the science crew descended on R/V Atlantis to load the ship, which was fresh from a maintenance drydock period, prior to it departing for Barbados where it is currently completing mobilization and picking up the full science, Sentry, and Alvin teams. (All photos by Mark Kurz, Woods Hole Oceanographic Institution)
Uncategorized
← Newer Post
Older Post →