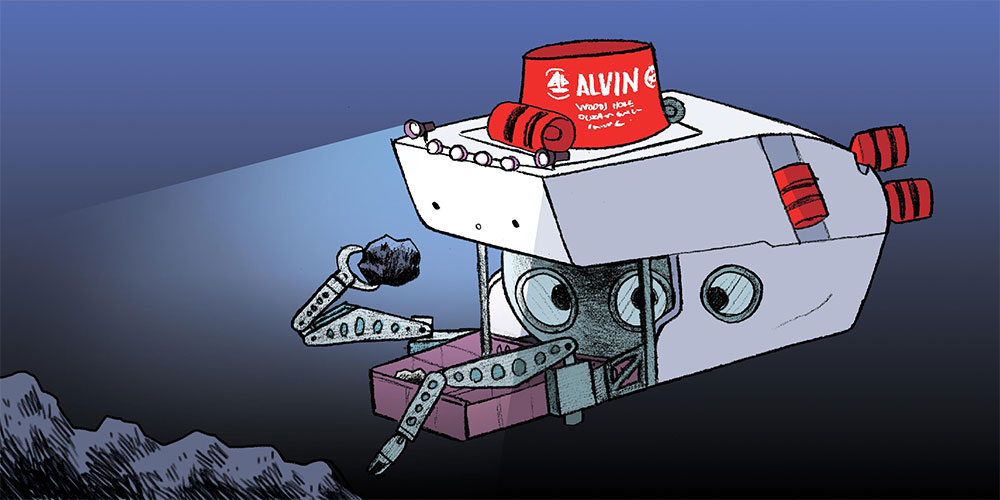 When I was offered a spot in the science team for the Popping Rocks cruise I got really excited: My first research cruise! The open ocean! Mid-ocean ridge basalts! HOV Alvin dives! Escaping the New York City winter! At the same time, I was a little apprehensive. Over the past decade I’ve studied lava flows on four continents and four planets but I’ve never studied submarine flows beyond a few classroom assignments when I was a student. How are submarine flows different from subaerial flows? How do we collect data? Will I know how to process the data? Will I recognize submarine flows in data and imagery? So I started doing some research.

It turns out that studying lava flows at the bottom of the ocean uses many of the same methods as studying lava flows on other planets. These are harsh environments where humans cannot survive unassisted, so we send machines to do the work for us or to assist us when we get there. I’m going to break these machines down into three different types: remote sensing, rovers, and crewed missions. 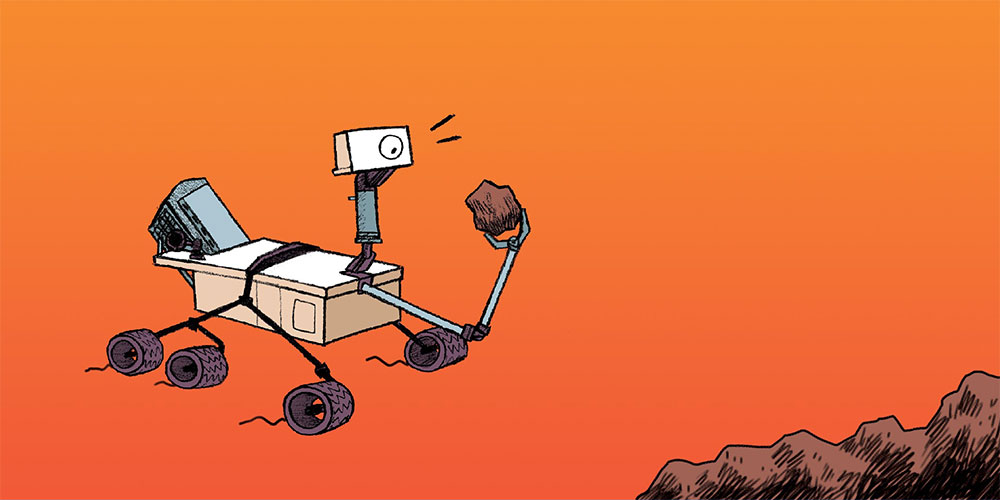 To study the surface of the Moon or other planets, we send orbiters packed-full of instruments. For example, the Lunar Reconnaissance Orbiter team fit 8 instruments into a satellite weighing a total of 204 pounds (or approximately 20 cats) to measure topography, gravity, magnetics, radiation, surface composition, and radar reflectance, and to take images of the surface. All of these instruments have to be packed into one orbiter that had better work the first time because there are no engineers to do repair work on them once they are sent into space. 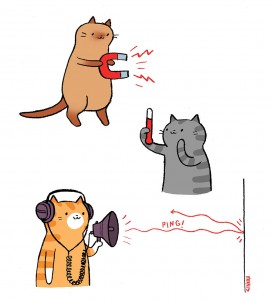 On a research cruise, we study the bottom of the ocean remotely (meaning not in contact with the seafloor) from instruments installed on our ship, and each of our instruments gets its own space. Maggie the Magnetometer gets towed behind the ship. The gravimeter sits in the ship’s computer lab. The multibeam sonar is attached to the bottom of the hull. If one of these instruments breaks, the scientists and engineers on the ship can fix it, if not immediately, then back at WHOI or in a shipyard later.

I’m going to take some liberty and use the term rover to mean “robots we program to take data in a systematic manner” so I can talk about several cool types of smarty-pants machines.

To study Martian geology, environment (because some people are interested in more than just rocks—who knew!?), and water, NASA has sent a series of rovers to explore the planet’s surface. These include Curiosity, which was launched in 2012 and has been hard at work for over 3.5 Earth years. Curiosity has 13 instruments packed onto a frame the size of a small SUV and weighing 2000 pounds, or 900 kg (roughly the equivalent of four tigers!). NASA can talk to Curiosity, give it commands, and update its operating system in almost real time. It takes between four and 24 minutes for light (and, hence, radio waves) to get to Mars from Earth, depending on the two planets’ relative positions, so two-way communication can take up to 48 minutes. Ground teams can diagnose and fix software problems, but any physical problems that come up can’t be fixed.

Curiosity has some similarities to the WHOI remotely operated vehicle (ROV) Jason. Jason isn’t on this cruise, but is a very cool robot. It carries six video cameras, one still camera, sonars, and water samplers to the seafloor, where it takes samples rocks and biology with its two robotic arms controlled by pilots on the ship. It talks to the ship to get instructions from the pilot and science team and to relay data via a long cable that always connects the vehicle to the surface. This allows communication in real time but can make maneuvers complicated as the pilot is always trying to avoid tangling the tether.

The autonomous underwater vehicle (AUV) Sentry is a little different. Sentry weighs about 3,000 pounds (1360 kg, or about six tigers). It gets sent out from the ship without a tether and moves in a programmed pattern over the seafloor to collect data on bathymetry, temperature, water quality, and more depending on the sensors it has installed. We only get these data when Sentry returns to the surface because it’s difficult to transmit large amounts of data through the water. Sentry can only tell the ship its location and what it is doing in real time, and operators on the ship can tell Sentry to “come home” if a problem comes up. All of these travel through the water as SMS messages—the same a text!

Crewed missions are what every planetary and ocean explorer dreams of. There is no better way to learn about an environment than seeing it firsthand and there is no substitute for “boots on the ground” data collection.

Unfortunately, crewed missions to other planets are very expensive and rare. Very rare. There were six Apollo missions that landed on the Moon between 1969 and 1973 and that’s it for crewed planetary exploration (so far!). Luckily, the 12 astronauts and their instruments collected an incredible amount of data while they were up there. Most importantly (to us rock people), they brought back samples that revolutionized planetary geology.

Apollo astronauts collected about 849 pounds (382 kg) of lunar samples. Most of these are in a high-security clean room at the Johnson Space Center in Houston and are very difficult to get for research. We also have some samples from the Moon and from Mars that were thrown off both planetary bodies during giant impact events and eventually landed on Earth as meteorites. 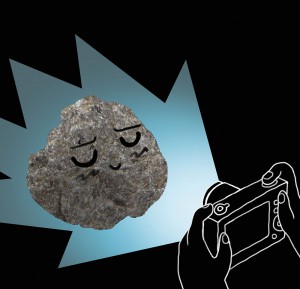 When we want to send people to the bottom of the ocean, we use deep submersibles like the human occupied vehicle (HOV) Alvin. These missions are also expensive and rare because there are only a few ships and subs, and it takes a special ship like Atlantis to take Alvin to remote parts of the ocean. With Alvin, we can collect up to 220 pounds (100 kg) of rocks with every dive! Each sample is cleaned, photographed, cut by the rock saw, photographed again, then bagged up to get analyzed at labs at WHOI and other institutions where our project scientists work. We also collect high-definition videos, still images, and topographic data and couple these with firsthand observations of terrain and biology recorded by the observers inside Alvin.

Although we’ve been able to explore nearby planets with some amazing technology, there are still many mysteries right here at home on Earth. In fact, we’ve mapped more the of Moon then we have of the ocean–and the ocean remains one of our greatest resources! So whether you’re looking to the stars or looking to the sea, keep looking, because there’s always something more to find.

Stay tuned for Part 2, where I’ll discuss the how submarine lava flows compare to subaerial (erupted under air) lava flows and those on other planets!